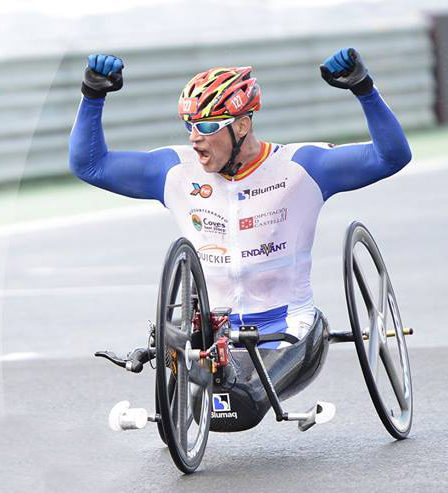 He is a Paralympic athlete with excellent sports scores. He has won medals at European Championship, World Championship, and Paralympic competition in several sports categories such us, cycling, swimming, athletics and triathlon.

Currently, he is the Spanish athlete with more titles at manual cycling ever.

In athletics, he became Spanish champion at javelin throw and shot put. Moreover, he emerged as the national record holder of discus throw.

In Swimming, he won the bronze with the national team at the world championship of 1994 in freestyle.

Paralympic representative at the Athens Games in 2004.

Handbike. He won the silver medal at Pekin Paralympic Games in 2008.

At present, he is immersed in trainings for his third Paralympics in Tokyo 2020.